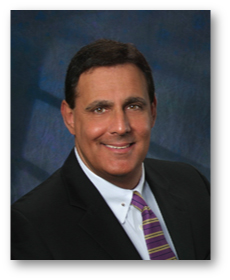 Dr. Tomassi was born and raised in Erie, Pennsylvania. A graduate of Cathedral Prep, he went on to earn a four-year undergraduate degree in General Science from Hiram College in Hiram, Ohio, with a concentration in biology. A year of graduate studies in Environmental Science at Gannon University led to a four-year medical degree in podiatric medicine. He attended The Ohio College of Podiatric Medicine in Cleveland, Ohio, one of only eight podiatric medical schools in the nation. A rotating orthopaedic residency followed at Wayne General and Podiatry Hospital in Orrville, Ohio and The Foot and Ankle Clinic in Youngstown, Ohio. He returned to his hometown and currently maintains a private practice with BayCity Associates in Podiatry, Inc. at 3901 Liberty Street.

He is the proud recipient of The President’s Award as well as the Dr. Edward L. McQuaid Award. The Presidents Award is an award given by The American Association of Podiatric Practice Management to the podiatric physician who best exemplifies outstanding service and attitude to the academy and its members. The Dr. Edward L. McQuaid Award is awarded by The Pennsylvania Podiatric Medical Division to the podiatric physician who donates his time and service in a humanitarian type manner. Dr. Tomassi was given this award for his continued service to the Special Olympics athletes each year in State College, Pennsylvania.

He has been selected as one of America’s top podiatrists by The Consumer Research Council of America and is a member of Who’s Who of Executives and Professioals, as well. Dr. Tomassi donates his time not only as a doctor for the Special Olympics, but also as a clinician for St. Paul’s Free Clinic, treating Erie County’s underprivileged.

Hobbies and Outside Interests